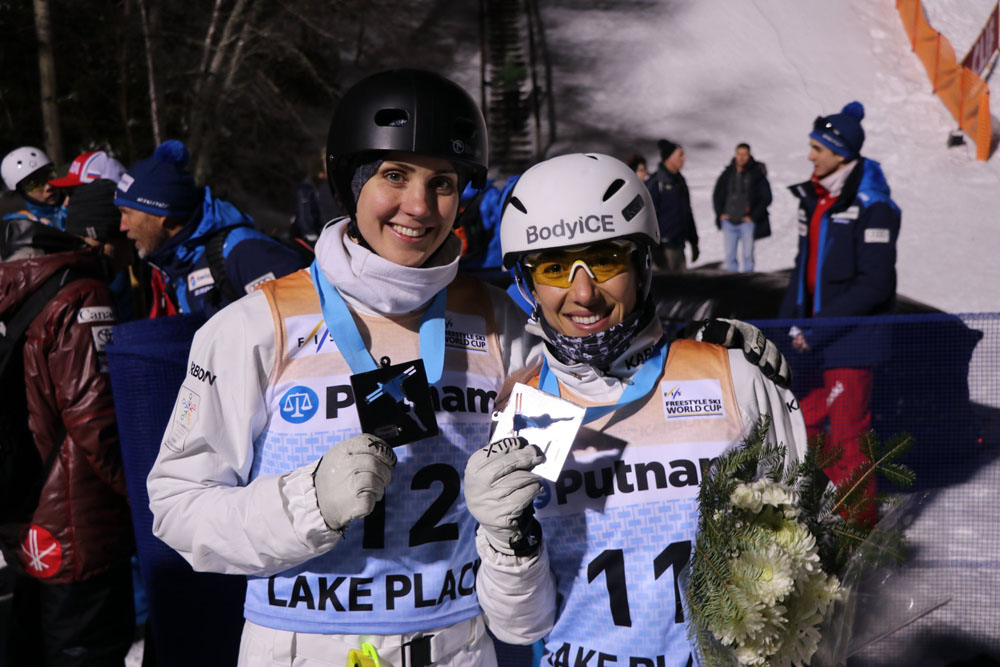 Following what were disappointing results in Deer Valley last week, Australia’s aerial skiers were on the road to redemption as they approached their final two competitions before PyeongChang.

Lassila, who celebrated her 36th birthday this week, finished in first place with a score of 99.75, said that it had been important “to step up the intensity this week” after she missed out on last week’s finals by 0.63 points.

“Long day, you know it’s hard for me to make it through a day I’m one year older this year!” she joked.

“You always want to be in the final especially in the Super Final so it’s important for me to do that and go through that process and have these long days so that I know in PyeongChang I’ve got that.

“But it was good, I really took it one jump at a time which is how I’ve kind of always tried to and I just felt really on, especially tonight I just felt really calm, confident, aggressive, assertive – all the right things that I needed to feel.

“I didn’t do too many training jumps because I just needed to conserve my body for tomorrow and, you know, just in general!”

Lydia shared the podium on Friday evening with Sochi Olympian and 2015 World Champion Laura Peel taking bronze with a score of 90.59.

With the Winter Games kicking off in 20 days, Peel said that it was “exciting to know that I did the jumps well today that I’m going to need to do”.

With the last World Cup “not great for Australia”, Peel said that it had been “awesome” to get to stand on the podium with Lassila.

“I mean, Lyd’s like a superwoman so it’s always cool to be on the podium with her and Hanna [Huskova] from Belarus doing triples, it’s awesome seeing triples out there from the ladies,” she said.

“I think after Deer Valley I just had a little time to reflect and sort of refocus and I felt in a good place today, I felt calmer and more confident,” she said.

Fellow Aussie Danielle Scott, who recently won gold in Secret Garden, finished the day in 12th place with a score of 52.52 after missing out on the six-woman Super Final after leading all Aussies earlier in the day qualifying in 3rd and teammate Sam Wells was 24th while two-time Olympian and Sochi silver medallist David Morris also finished 24th in the men’s event.

Speaking prior to Friday’s World Cup, coach Jeff Bean said that the focus for Lake Placid had been “just to take care of the little things” after the team “were all just a little bit off” at Deer Valley.

“We had a disappointment there,” Lassila said.

“The whole team did, so it was really important for us to step up the intensity this week and we did.”

With PyeongChang following a similar back-to-back consecutive day schedule, the tight turnaround in Lake Placid will be a great trial run for the Flying Kangaroos.

“It is great practice,” Lassila said.

“It will be about really conserving energy tonight, not getting too excited, going to sleep, getting physio – doing all the right things for my body which seems to be my biggest challenge and hopefully feeling fresh tomorrow.”