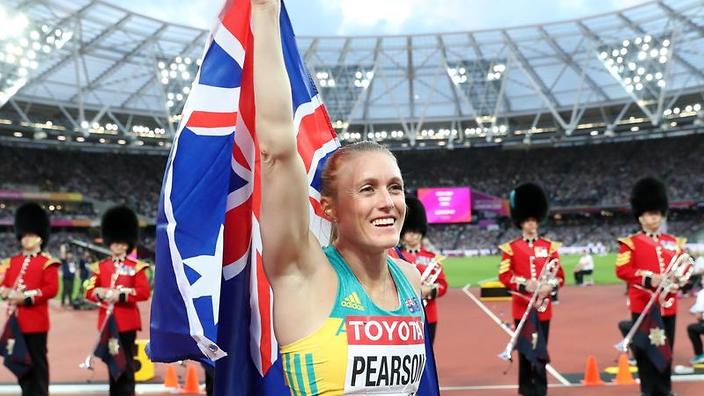 Sally Pearson has paid tribute to champion Australian aerials skier Lydia Lassila for inadvertently providing her with the motivation to coach herself – a decision which led to another major hurdles title.

Pearson was in a dark place midway through last year.

A hamstring injury had ended any chance of the Queenslander defending her Olympic title in Rio, coming on the back of a broken wrist the previous year and a separate Achilles problem.

Pearson was on a flight from Sydney to the Gold Coast when she happened upon “The Will To Fly”, a documentary about Lassila’s journey against the odds to Winter Olympics gold in 2010.

“That resilience to get back and get to the top again was really inspirational,” said Pearson after claiming a second world 100m hurdles crown in London to go with her 2012 Olympic triumph.

“I thought ‘well I’m going through a bit of a downer at the moment, I’ve been let down by a few people and my injuries have been a result of maybe bad coaching and bad choices as well’.

“And then I thought ‘what the hell am I going to do? I don’t really have anything else but my sport’.”

Once the call was made to continue hurdling came the bigger decision of parting way with her latest coach Ash Mahoney and taking on the job herself.

“I was is such a horrible place, more so because I’m such a hard critic of myself,” Pearson told the BBC.

“I just watched that movie and I thought (Lassila) had those what ifs and she still did it.

“As soon as I made that decision everything seemed light again and easy again.

“I made choices, but I made the right choices for me.”