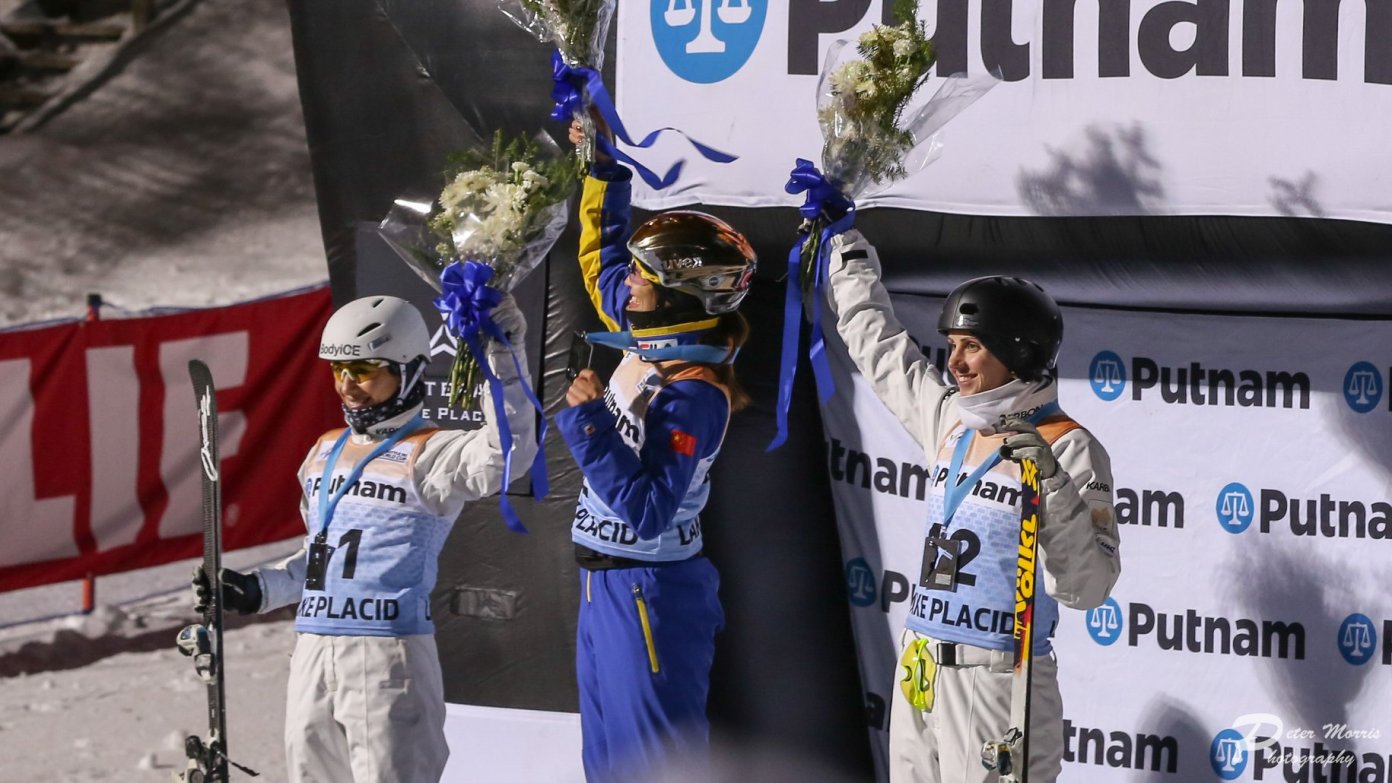 It’s the second time in as many days that the two Australians have stepped up onto the podium at the last World Cup before PyeongChang.

Lassila, who woke up on the second competition day with a bout of food poisoning, finished in second place with a score of 93.76.

“Today was a real grind for me but I just did the bare minimum of jumps just to try and keep my energy reserves,” she said.

“It was tough but somehow I made it through, I had a nap in between qualifications and finals. The wind was really tricky today and it got a few people out but we managed it really well as a team and just did what I needed to do – nothing special, but just good!”

Joining Lassila on the podium again in third place was 2015 World Champion Laura Peel with a score of 93.76.

The 28-year-old said that while she wasn’t “feeling great coming here” she leaves Lake Placid feeling “really good” after putting down the tricks she plans on performing at PyeongChang.

“I think I just kind of found a different mindset this week and I just wanted to go for it, hold nothing back before the Games and build some confidence, do all my tricks I’m going to do at the Games.

“It’s just about becoming more consistent and repeating … I can’t change the past so all I can do is attack the next competition and I think I did a really good job this weekend.”

For Lassila, who has now claimed five medals since rejoining the World Cup circuit in 2017, stepping back up onto the podium in Lake Placid was a bittersweet moment.

“This is my last ever world Cup, so it’s a little sad,” she said.

“I tried to really just enjoy each moment today, standing up there and feeling those nerves and that focus and that’s the part of this I miss – that feeling before the jump and then of course the exhilaration when you land. Those feelings cant be replicated anywhere else.”

The four Australian women all made the top 12 and qualified for the finals on Day 2, with Peel and Lassila joined by 2017 World Championship silver medallist Danielle Scott, in sixth palce, and Sochi Olympian Sam Wells who finished 11th.

Olympic silver medallist David Morris narrowly missed out on the finals by 01.77 points, finishing the day in 13th place.

While there may have been 16,000 kilometres between Lake Placid and the land the athletes call home, there was still a strong Aussie support group present on Saturday to cheer on the Flying Kangaroos.

“Dave Morris’ family have been an amazing support for me over many years but as well for the team so it’s good to have some connection to home when we’re so far away.”

Peel, whose mother was in the crowd, added that it has been “really awesome and cool to see the rest of Australia getting into winter sports and rallying a bit”, especially with just 18 days left until the opening ceremony of PyeongChang.