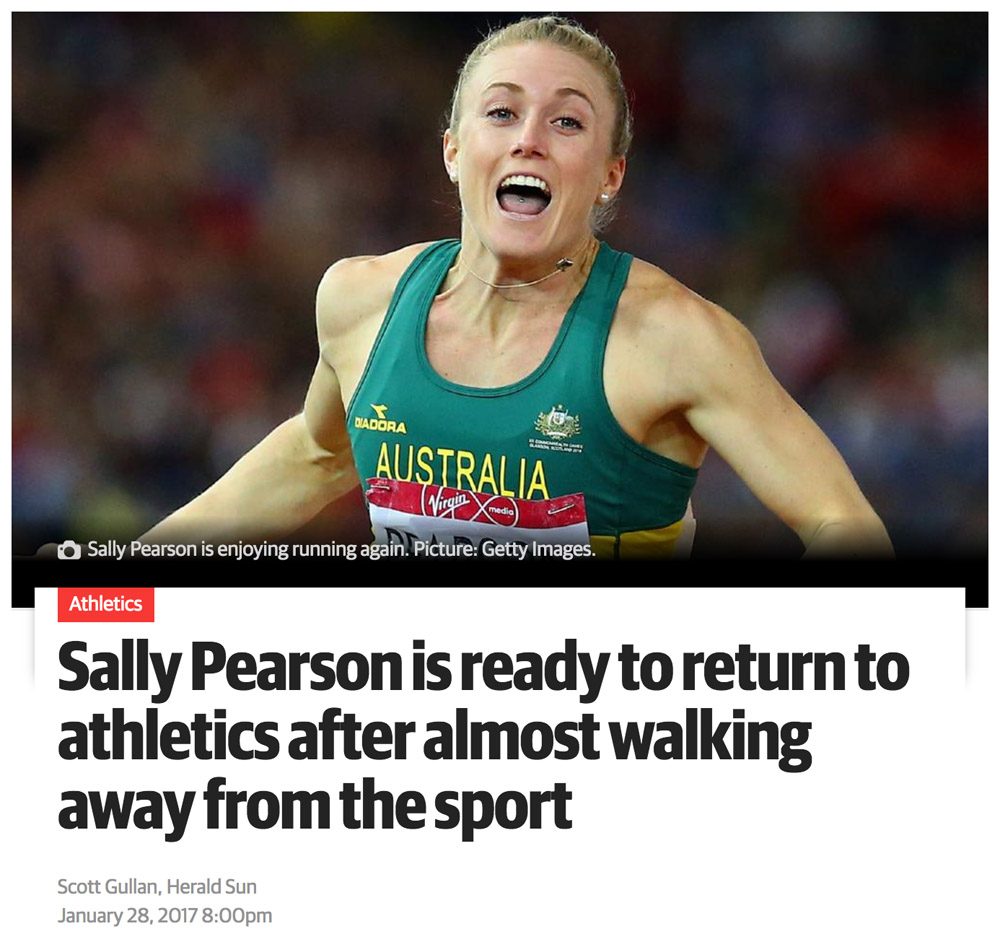 Sally Pearson: ‘I was on the plane and I started watching Lydia Lassila’s documentary. I was blown away… ‘
“Lydia Lassila’s acclaimed movie ‘The Will To Fly’ charts the aerial skier’s rise to Olympic gold and then her return after motherhood with lots of ups and downs along the way.

For the first time Pearson was genuinely questioning her future and she certainly didn’t expect to find any answers on a plane from Sydney to the Gold Coast. But one right click on the in-flight movie selection changed the Olympic hurdles champion’s mindset almost immediately.”

Read original article here.
——
It is so great to see The Will To Fly positively affecting existing champions as well as emerging ones!